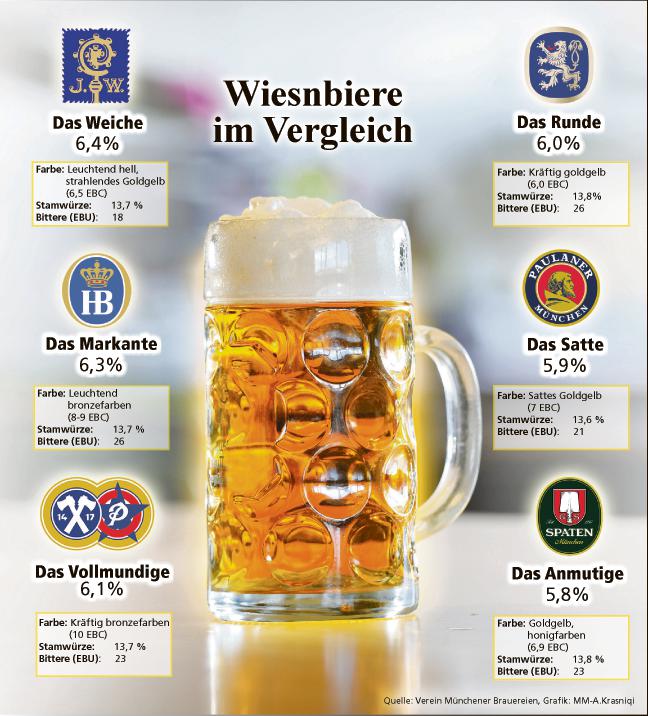 I’ve always been a fan of beers from Munich and for me, the 7 sisters were a legend. Then, when I grew up, I found out that you could taste better beers in Bavaria and Franconia compared to those of historical but “industrial” breweries.

Anyway, beers from Munich 7 sisters (sometimes also called Munich 6 sisters, excluding Franziskaner which brews only Weizen beers) still are a point of reference for those who want to try to homebrew Bavarian-style beers.

So I decided to investigate the Internet and collect as much information as possible on the ingredients and characteristics of their beers.

My research moved on combing through the official Internet sites of these breweries; some of them, like Hacker Pschrorr, nearly published the full recipe of their beers, while others like Spaten-Franziskaner or Augustirer are loath to give even some minimal information.

Beers served at Oktoberfest deserve a separate chapter because they are very different compared to the corresponding bottled versions. Moreover, the characteristics of these beers slightly vary each year and I was able to retrieve data from 2014 and 2018 (the source is the interviews made by German journalists with the breweries’ spokesmen) that can be compared.
The law says that these beers must have an initial gravity of not less than 13,5° Plato and an alcohol content between 5,8% and 6,4% of the volume.

For the bottled versions (for which I collected data of all the styles brewed by the 7 breweries), I put in evidence with green background the numbers retrieved from:

Yellow information is calculated instead:

Finally, red information is my guess or data collected by unofficial sites:

Hacker Pschorr and HB have the most complete websites; the information provided by HB is very useful because they report the mashing process used for their beers (infusion or decoction): decoction is used only for Dunkel and Bock beers.

So overall, I registered 52 bottled beers (excluding radlers, low alcohol content, and nonalcoholic beers) that are listed with their characteristics divided by style (with some “stretch” and without distinguishing between different types of Weissbier). 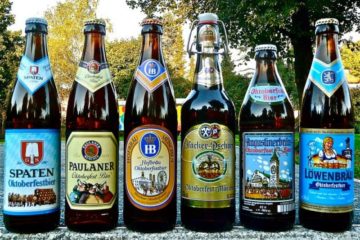 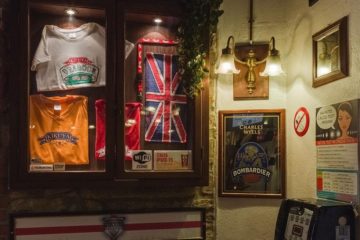 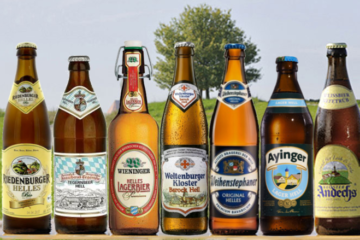